Not everything Green Hills is contemporary. Take the legendary Bluebird Café. The 90-seat entertainment venue is in a surprisingly unassuming strip shopping center. But, inside is anything but common. Every night songwriters, both up-and-coming and well-established, perform and tell the stories behind their songs. We’re talking about talent like Hilary Lindsey (Carrie Underwood, Jesus Take the Wheel) and Marcus Hummon (Rascal Flatts, Bless the Broken Road). Even pre-fame Garth Brooks participated in open mike night back in the day. Maybe Bluebird Cafe is one of the “low” places where Garth’s friends hangout.

Visitor must-see lists generally don’t include bookstores, but Green Hills isn’t most places. Parnassus Books is an independent bookstore owned by author Ann Patchett, a PEN/Faulkner Award recipient, and a Pulitzer prize finalist. Parnassus Books is filled with an impressive array of books, including signed books (all AnnPatchett’s books are signed and can be personalized) and a wide choice of books for browsing and purchasing. There are two store book clubs and the result of all this is a cool bookstore. 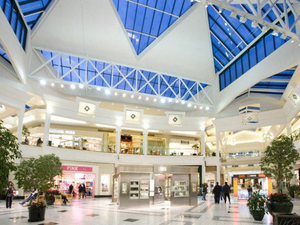 The Mall at Green Hills is the epitome of all that is modern and shiny Green Hills. This swanky mall is fitting for the affluent corridor of Nashville, and it shows. Despite the not-so-creative name, it’s home to more than 100 specialty stores and eateries (some of the best around). If the mix of luxury, contemporary, and unique-to-market brands and retailers isn’t enough, the mall is also home to RH Nashville Gallery, Tennessee’s only Nordstrom, plus the state-of-the-art Dillard’s flagship. The Mall at Green Hills received TripAdvisor’s ‘Certificate of Excellence’ for earning outstanding consumer reviews.

We mustn’t forget the food. There are eateries such as Green Hills Grille, an upscale tavern that’s not only a local hangout but also a favorite of visitors. Other treasured haunts include Char Restaurant, a contemporary steakhouse with nightly entertainment at the lively piano bar, and a jazz trio at Sunday brunch. Etc. is another Green Hills standout. Chef and owner Deb Paquette promises a dining adventure and intimate atmosphere.

It won’t surprise anyone that Green Hills has excellent schools. Offering both private and public school options, this community has some of the top-rated schools in Nashville.

It’s easy to see why Green Hills is so popular. It’s clearly all that.