Or, Tudor: it’s not the person who helped you pass chemistry (that’s a tutor, and you should probably send them a thank you note) 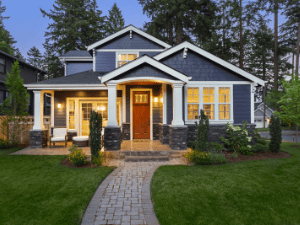 It’s time for a new home, and you’re ready: your credit is pristine, and you have a mortgage pre-approval letter in hand and down payment cash in the bank. [Not quite there? Read this post to get caught up.] You’re ready to leave your current dwelling and walk into others (the “for sale” ones, preferably).

But before you begin looking at interiors, you might just want to get an idea of your “exterior style.”

You may not think of yourself as having a house “style,” but if you like the look of some houses and don’t like the looks of others, then you have a style, or at least favorite features. Even if a pink Victorian house doesn’t speak your love language, it doesn’t mean you can’t look for a house with a Victorian-style, front-facing gable.

Here’s a brief overview of the most popular home styles in the US and some of their features:

Ranch—Most people are familiar with this classic US home. Ranch homes have one story with a low-pitched roof and a low profile. They became popular in the mid-20th century, post-war housing crisis.

Tudor—The Tudor architectural style goes waaaaay back to Medieval architecture in England, during the Tudor period (1485-1603) and its mid-19th century revival. These homes share several common features: a steeply pitched roof with multiple overlapping, front-facing gables; a facade that’s predominantly covered in brick but accented with half-timber framing (widely spaced wooden boards with stucco or stone in between, you’ll know it when you see it). If this is your favorite style, you have expensive taste! Tudor homes are expensive because of the masonry required for construction. 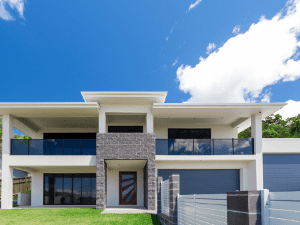 Mid-Century Modern—These homes came into favor during the 1920s, as a kind of rebellion against everything ornate. In general they are minimalistic with simple shapes and clean lines. They are known to have floor-to-ceiling windows and are constructed with natural materials. Mid-Century Modern style attempts to blur the line between indoors and out.

Neoclassical—Think distinguished brick buildings with stately columns. Like those found on old college campuses (you remember your days at Yale, don’t you?). Neoclassical is a revival of the styles of ancient Greece and Rome.

Craftsman—This style was part of the Arts and Crafts movement of the late 1800s and early 1900s that originated in England. The movement was a reaction to the industrial revolution. The natural wood and stone structures are known for tapered columns supporting a roof that overhangs the front porch. They usually have simple, practical, and open floor plans.

Farmhouse—You can picture these, with their large front porches, clapboard siding, wood floors, large fireplaces and big kitchen sinks. This style of home is particularly popular in the South, including our very own Nashville.

Mediterranean—These resemble the Spanish and Italian villas popular in the 1920s. Mediterranean-style homes are found predominantly in warmer climates. They are made with stucco to help keep interiors cool and have layouts that allow maximum airflow. You will recognize them by their signature red terracotta roofs. 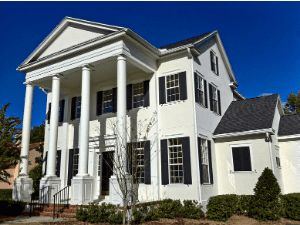 Colonial—You are probably starting to see how many home styles were named. Colonial style became popular during the European colonization of America and is one of the most popular styles today. These multiple story-homes are symmetrical, rectangular shapes with long rows of windows, side-gabled roofs and centered chimneys. They typically have brick or wood facades. Variations of Colonial style homes include regional touches such as the grand columns and wraparound balconies of the French colonial homes in New Orleans and the distinctive gambrel roofs of the Dutch colonial style.

Please note: There will not be a quiz on this material. But, now that you think about it, wouldn’t you love to live in a home with those tapered columns like you see on Craftsman-style homes? Or maybe that pink Victorian would be fun after all…ah, the options!