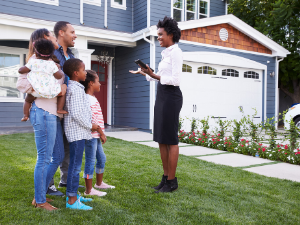 So, you’ve decided to make the big move! Whether you’re a first time homeowner, upsizing, downsizing, moving to a new town, moving across the country or you just can’t take living next to Harriet the Spy any longer, the home buying process is generally the same. Generally. There’s still the age-old question: When should you get a real estate agent? (totally not an “age-old question,” but it sounded good). It depends on who you ask, but the correct answer is: in the beginning.

If you plan to sell your home, feel free to declutter before finding an agent. “Stuff” takes up space, and too much of it makes a room appear smaller. Plus, when house hunting, people are consciously (or subconsciously) picturing their stuff in your house. Let’s face it, John Wayne is an American icon, but that doesn’t mean people can get past the image of him on their living room wall.

That said, don’t make any major changes to your almost-on-the-market property. Your agent is experienced and will know the market and what sells in it. In other words, don’t put shiplap up yet.

Other than decluttering and possibly driving through a few neighborhoods in search of favorite house styles, you’re at the end of the pre-agent to-do list. In other words, choosing an agent comes before choosing a lender. 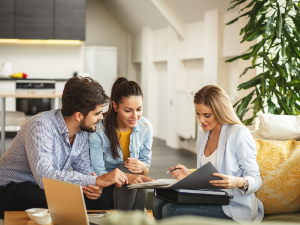 A good agent works hard to make sure buying a home runs smoothly and results in a happy homeowner (that’s you). This includes making referrals from their treasure chest of reputable, trustworthy and experienced lenders. Of course, lenders will refer you to real estate agents as well. But lenders may be tempted to limit their referrals to agents who refer customers to them. The Real Estate Settlement Procedures Act (RESPA) prohibits agents from entering into a quid pro quo referral agreement that may not be in their client’s best interest.

Some agents require loan pre-approval before working with a buyer. While this is low risk for an agent, it’s not necessarily best for a buyer.

The agent-before-lender practice also holds true for new construction. The builder usually suggests a buyer use the builder’s preferred lender. The builder may even offer an incentive to do this. It often sounds like the easiest way to secure financing, but that doesn’t mean it’s the best deal for a buyer. Don’t make that move without consulting with an agent.

A dedicated and experienced agent is an asset to everything that follows loan pre-approval. It starts with making sure you have a clear understanding of every step in the buying process. Your agent should know the market well, which is an advantage to the buyer. This includes knowing which features to expect in a house in your price range. The same goes for sellers. An agent will know what changes should be made to a home before it goes on the market. 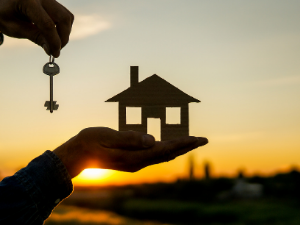 When it comes to finding an agent, it’s better to be too early than too late. An agent will lead you through the process while shielding you from surprises and smoothing over bumps in the road.

A great agent is a real advantage, so follow the boy scout motto, and come prepared.